Fellowship is bestowed on NEWH members who have made notable contributions to the Hospitality Industry, not only through their work, but through their demonstrated commitment to NEWH. Our Fellow members will receive a lifetime NEWH membership.

The application process is held every other year and is conducted by the Chair of the College of Fellows together with a jury of selected members of the College. Fellows will be inducted at the Leadership Conference. 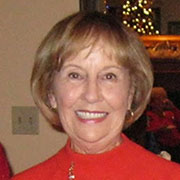 Elsie was born in No. Ireland. Her family immigrated to America, specifically Altadena CA in 1946. She graduated from Pasadena’s John Muir High School/Jr. College, Pasadena, in 1953. Her first job was with the Pasadena Jr. Chamber of Commerce. In 1955 she married Gene Dahlin who was serving in the 82nd Airborne. They resided in the San Gabriel Valley for the next 5 decades moving just this past year to Rancho Mirage, CA. Yes, they love retirement and golf! Their pride in their daughter Leah and their son Kevin is only surpassed by the joy of having 2 grandsons, 5 granddaughters and 5 great granddaughters and their marriage of 63 years.

Professionally, from 1976 to 1983 Elsie served as CEO of a material handling company manufacturing equipment to the tuna processing industry. During this time, she was selected by the U S Government as the only woman to accompany a Trade mission to 6 countries of South America. She left this industry in 1983 to join as a principal, Environmental Lighting for Architecture, Inc. aka ELA, a custom and architectural lighting manufacturer in the City of Industry. ELA, established in 1929 is still in full operation today manufacturing lighting for hospitality, theme parks, restoration and architectural projects. She retired in 2007 and again fully in 2010. She remains on the Board of Directors. In 1986 she was selected as Industry Manufacturing Council’s Woman of the Year and in 1987 the YWCA Woman of Achievement. Those honors she attributes to and shares with the ELA employees.

Elsie is adamant that the NEWH honors received are due in large part and accepted on behalf of the first National Board of Directors and the Los Angeles Founding Chapter members. The Board and the members funded expansion costs of 9 Chapters over 3 years and devoted unselfishly, unprecedented hours to the belief in networking, education and scholarship through the expansion of NEWH. She sites this Boards’ accomplishment as too numerous to list here, but included achieving Incorporation; national nonprofit status; National By-laws; Policy and Procedure manual; establishing a national job forum and enlisting our first two Corporate Partners Shelby Williams Industries and Kimball International.

Belief in the future of networking, education and scholarship through the expansion of NEWH, Inc. was the driving force. Her charter was to provide vision, voice and value for the benefit of future Boards and members of NEWH, INC.

She wishes to thank NEWH, Inc. stating “You once again enabled me to be the recipient on your behalf of this very great and humbling honor. Congratulates NEWH, Inc. You continue to evolve in ways only imagined. 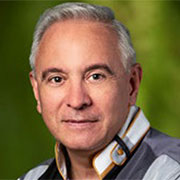 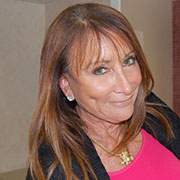 Judy Dobin is a Co-Founder and Chairman of Valley Forge Fabrics, Inc. Valley Forge Fabrics is the largest decorative fabric supplier to the Hospitality industry worldwide and hosts fully staffed offices in the USA, and around the world. Valley Forge was founded in 1977, is headquartered in South Florida and as an industry leader prides itself on its agility, speed and adaptability, as well as continually being on the forefront of technical innovation and sustainability for over forty years.

Judy is an active philanthropist for local, national, and international charities.

Judy, and her husband Daniel, sponsored the founding of a program at the University of Miami for children with hearing problems.  Originally called “ECHO” and now renamed the Children’s Hearing Program, it serves children from birth through 18 years of age, who are not “stone deaf”, but suffer from deficiencies in hearing.  Since its inception in 2012, the program has served over a thousand children.  The program not only supplies children with cochlear implants or hearing aids, depending on the type or severity of the hearing loss, but also offers speech therapy, psychological services to the children as well as their families, and a myriad of other services as well.

For more than ten years, Judy has been an active supporter of JAFCO, the Jewish Adoption and Foster Care Options in south Florida, an organization that serves abused and neglected children in south Florida and statewide. JAFCO has a full-time, fully staffed residential village with 8 group houses, as well as an emergency overnight center.  JAFCO also developed and supports the Ability Center, a residential facility that serves children and their families with autism, as well as other physical and emotional disabilities.

She is a member of the Board of Directors of the SE Region of American Friends of Magen David Adom.  Magen David Adom in Israel – the Red Star of David – is Israel’s ambulance service, Emergency Medical Services, and disaster relief organization which operates according to the principles of the International Red Cross and Red Crescent Societies.  The American Friend’s organization works to help upgrade Magen David Adom’s emergency medical and blood services, to help save lives in Israel, and is currently building a new underground Blood Services center.

She is also a member of the Grant Committee of Common Thread for the Cure, an organization whose purpose is to “unite the furnishings industry” in the battle against breast cancer, and to support people or families within our industry who have breast cancer through Helping Hand grants.

She was, for many years, a member of the Board of Directors of the B’nai B’rith Cuban Jewish Relief Project, and has led many humanitarian missions to Cuba, bringing needed supplies to both the Jewish community, and the Methodist community.

Judy has been an active member of the Network of Executive Women in Hospitality since its inception.  She was the first woman who did not live in California, to join and become active in NEWH. She was the founding President of the Greater New York Chapter and served on the National Board of Directors of NEWH for over a decade.

She is the recipient of the 2010 ICON of the Industry Award, and she was the first woman to be so honored by NEWH.

She is, and has always been, an advocate of women’s rights and empowering women.  She is quite proud and feels very fortunate to have been able to mentor and help many women during her life.  She derives great happiness and satisfaction by furthering the efforts of women to succeed in our industry. 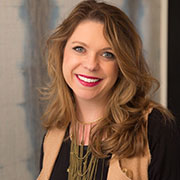 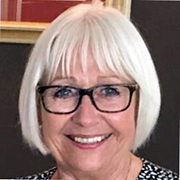 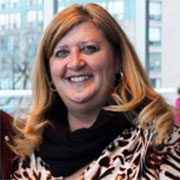 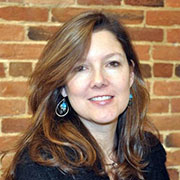 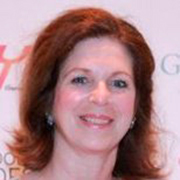 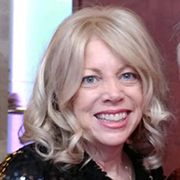 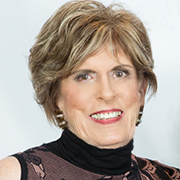 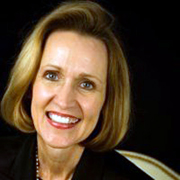 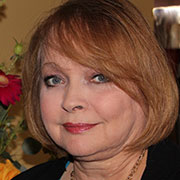 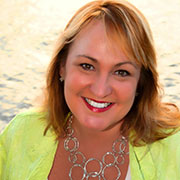 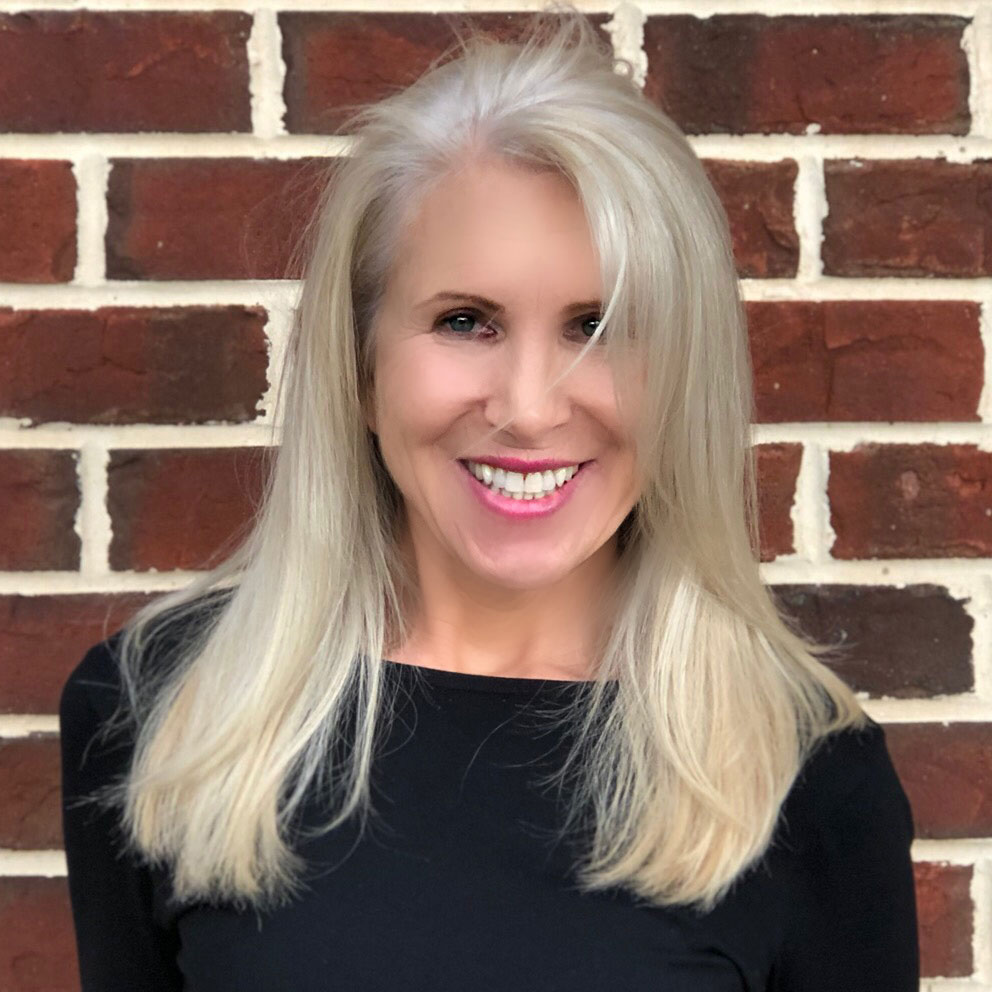 Lynda Welte is president of Blueprints For GREEN Design, manufacturers’ representatives. With over 25 years of hospitality sales, procurement and manufacturing experience, she is based in Tysons Corner, VA.

She is energized by her successful fundraising and programming experience and brings to life the power of networking in seminars at colleges, universities and businesses.

In 2016, she launched SMALL TALKS, a modern, high tech version of 17th century salons. SMALL TALKS brings people of different generations and multiple disciplines to present ideas and exchange thoughts about new business opportunities. It is proving to be a successful and NEW networking opportunity. www.smalltalks.info

Lynda is a consummate networker, mentor and friend.