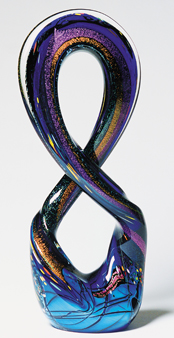 Description of Award/Qualifications:
The NEWH Pinnacle Award (former known as Recognition of Excellence Award) will be given to an NEWH member who has contributed extraordinary time and effort to NEWH, has been an NEWH member for a minimum of fifteen (15) years, has held a local Chapter and/or International Board position for at least one term, and has mentored four people in the industry, at least two of whom are women. The nominee must also have unquestioned professional ethics.

Award Presentation:
The award presentation will take place at the 2024 NEWH Leadership Conference in Memphis. Awardees must be able to attend presentation. 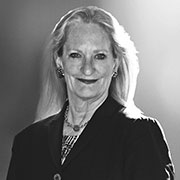 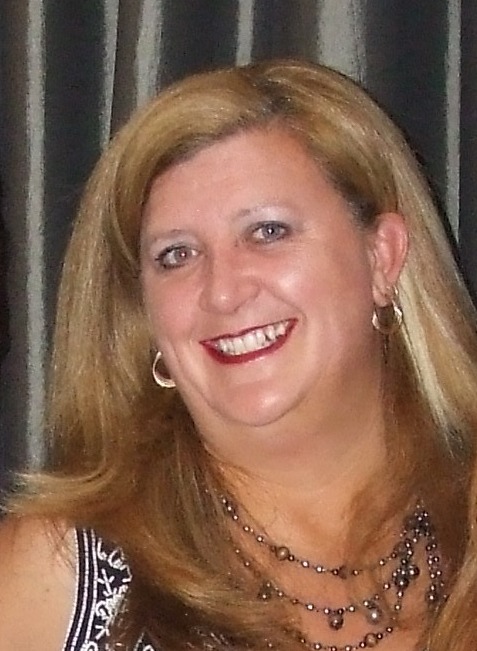 Priscilla Nesbitt, Best Western Hotels & Resort’s purchasing director for the U.S. and Canada, has 30 years of experience in purchasing, import, and export—20 of those with Best Western, where she also started the Canadian Studio Design department for the company, and has successfully managed hospitality procurement and distribution.

Priscilla is a longstanding and honored member of NEWH, having joined in 2003. In 2002, she became aware of NEWH in the U.S. marketplace and set out to create a Canadian chapter. With the usual commitment Priscilla brings to all her endeavors, she worked diligently to establish an NEWH chapter in another country. Priscilla rallied a team of dedicated board members and grew the initial chapter—called Southwestern Ontario—into the NEWH Toronto chapter.

Now, while not only focused on her successful career at Best Western at the highest level, Priscilla makes time for networking and expanding NEWH, and is extremely committed to her family. She welcomed into her heart and home foster children between 2003 and 2014 and was president and advocate for the Halton Foster Parent Association from 2010–2013. 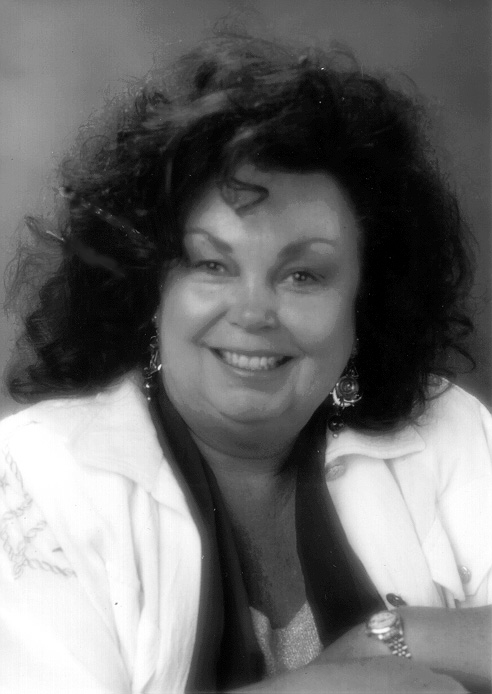 Nikki, who was one of the highest women executives among the 17,000 employees of the ”Mirage family of Hotels”, was selected by NEWH’s National Board of Directors for her work to promote the advancement of women within the hospitality industry, for winning the respect of her peers, and because she serves as such a positive role model for younger women, both in the industry and the community.

Nikki was raised in the ranching area of Simi Valley in Southern California. After graduating from High School, she spent several years in the financial world. She started her interior design purchasing career at KS Wilshire in Los Angeles.

Approached by Kenneth Wynn of the Golden Nugget Las Vegas to help develop Atlandia Design & Furnishings, she took up the challenge and moved to Atlantic City. With the sale of the Golden Nugget Atlantic City to Bally Mfg., the Corporate Offices of ADF moved to Las Vegas to build the Mirage and later other hotel properties for Mr. Stephen Wynn. In 1997, she retired and then formed N.J. & Associates, Inc., a hospitality and residential purchasing company. In 1998, she was called upon to come back to ADF to help open the Bellagio and Beau Rivage.

Nikki is a Founding member of the Las Vegas Chapter and their second President. She has been on NEWH’s National Board of Directors since its inception. As Vice Presidentof Corporate Development, she spearheaded the development of the Corporate Partner program, whereby prominent corporations are recruited to take a leadership role towards sponsorship of our National Organization. Her success in this position has enabled NEWH National to continue its work in promoting the health and growth of the individual Chapters. In 1998, she accepted the position of President of NEWH, Inc. and was re-elected to this position in 2000 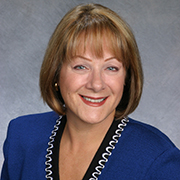 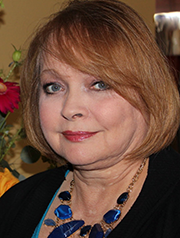 Christine Wasmer joined NEWH in 1997 and has been a part of both Chapter and NEWH, Inc. Boards ever since.  She has dedicated herself to the NEWH mission of Scholarship, and working with format from Nan Quarles put together the NEWH Scholarship program. NEWH owes Chris a deep debt of gratitude for all she has done on our behalf.

Christine is principal of Wasmer Contract Group a manufacturer’s representative with over 25 years of experience in the contract and hospitality industry. She holds a BFA in Interior Architectural Design from California State University Long Beach.

Venturing from design into contract sales in the early 1980’s, she found sales and marketing to be a great pairing with her design skills.  Since beginning her own business in 1996, Christine has applied her experience, dedication to detail and commitment to her client’s needs to forge lasting business relationships. Wasmer Contract Group represents fine manufacturers of interior and exterior furniture.

Christine’s support of NEWH can be described in one word: Scholarship. Through her work on the Los Angeles Chapter board and on the board and executive committee of NEWH Inc., she formulated protocol and procedures for the management of the scholarship program and established guidelines for  the ICON of Industry scholarship program.  Currently Christine works with NEWH Orange County Region steering committee as chair of the Fashion Runway Design in a Box competition. 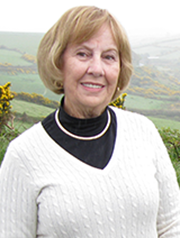 Elsie served as President and Chief Executive Officer of Environmental Lighting for Architecture from 1983 until her retirement in 2009.  ELA produces an outstanding and versatile outdoor product line, as well as high quality custom lighting. To compliment the capabilities of ELA they added Fundidora Cal, S.A. de S.V. an aluminum foundry in Baja. She continues to serve on the Board of Directors of both Corporations.

Elsie Dahlin was born in Northern Ireland. Elsie’s family came to the United States, settling in Altadena. The first boy Elsie met was Gene Dahlin, who lived just around the corner. When she was nineteen, they married, and have since raised two children. Elsie’s seven grandchildren and one great granddaughter are now her greatest pride.

Elsie jumped right into business before finishing school. Her first position was at the Pasadena Jr. Chamber of Commerce. In the mid-seventies, Elsie became a partner, and later sole owner, of a start-up company, which manufactured tuna processing equipment for firms such as Star Kist, Van Camp and BumbleBee. In 1981 she was one of seven industry participants, and the only woman, asked by the U.S. Department of Commerce to join a Trade Mission to South America. After selling her company, Elsie began her involvement with ELA in 1983. According to her, manufacturing is manufacturing.

1987 brought two milestones for Elsie, YWCA Woman of Achievement and she began her involvement with NEWH when she filled several positions on the Board of Directors of the Los Angeles Founding Chapter before serving two years as President of the chapter, and three years as Founding President of NEWH, Inc. Elsie brought her formidable management skills, as well as her ability to keep a diverse group of busy volunteers working toward a common goal to NEWH.

Elsie Dahlin was our 1994 Woman of the Year because she is a true role model for us all. In 1998 she received the Los Angeles Founding Chapter Woman Award of Excellence and in 2007 the Wilson and Associate Point of Excellence recognition. She exemplifies the professional woman who balances business with family, ability with humility, and tenacity with grace (and loves golf). 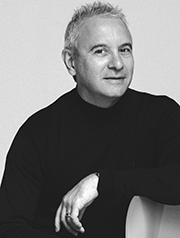 Fernando Diaz & Associates strives for the best possible expression and solution to clients’ lifestyles and needs; projects range from small homes and offices to grand scale residences and office suites.  Completed projects are located throughout the United States, Mexico and Spain.

Mr. Diaz has received numerous awards from his peers and served on the board of directors of the American Society of Interior Designers (ASID), the Homeless Youth Foundation and is a past member of the board of trustees for the Design Industries Foundation Fighting AIDS (DIFFA/LA).  In 1998 – 1999 Mr. Diaz was the President of the American Society of Interior Designers/Los Angeles Chapter.  In 2006 Mr. Diaz received the Medalist Award, the highest award given in ASID on the Chapter Level; in 2007 he received the “Recognition for Excellence” award from NEWH, The Hospitality Network, Los Angeles Founding Chapter. In 2011 Mr. Diaz served as President of the NEWH/Los Angeles Founding Chapter.  His worked has graced the pages of Metropolitan Home Magazine, Art & Living Magazine, The Los Angeles Times, Los Angeles Home & Décor several times as well as other publications.  Television appearances include several HGTV programs.

Lynda has demonstrated her commitment to the hospitality industry by being involved in sales and marketing, product development and interior design. Lynda is Executive consultant for JL Furnishings who is a leading manufacturer of sustainable custom seating and fine tables for the hospitality industry. She has been with JLF for the last ten years. In addition, she established Sul- livan Hospitality marketing Associates.

Previously, Lynda was Director of Hospitality Development for Falcon Products, a manufacturer of fixtures and furniture. Spending over two decades in the laminate/surfacing industry, Lynda was market Development manager at the Formica corporation.   this position of new business development / product development utilized her 15 years at Nevamar corporation where she “blazed the trail” for women as Architectural and Specifications Representatives to the design community.

A noted lecturer on color and design, Lynda holds a BS in Interior Design from the university of Arizona and completed the marketing management Graduate Program at USC.

Lynda, a certified Interior Designer, has been a professional member of numerous organizations such as color marketing Group and IIDA. over  the last 23 years, Lynda, as an early member of NEWH, has held numerous positions on the Los Angeles Founding chapter Board of Directors and the NEWH, Inc. Governing Board. She regards her positions as Director / vP of membership, chapter Expansion, and Founders circle as her most rewarding. Presently, Lynda is very active on the NEWH Sustainable Hospitality committee where JLF Lone meadow has committed scholar- ships funds for the NEWH Sustainable Design competition for the past 5 years.

Lynda received the Joyce Johnson-Woman of Excellence Award in 1993 from the Los Angeles Founding chapter and was the recipient of the 1997 Woman of Year.

David Mahood, is an independent consultant and principal, olive Designs, a manufacturer of sustainable furnishings options. In 2009, Mahood joined Jeanne Varney to form olive Hospitality consulting, an enterprise committed to a reduced environmental footprint. He provides consulting services to commercial, residential, hospitality, and other furniture and furniture-related manufacturing operations. His services include all aspects of “green” design development and manufacturing, as well as general sustainability training. David assists manufacturers in locating sustainable materials, eliminating potential harmful toxic processes, creating simpler, more recyclable designs, reducing energy and pre-consumer waste, and creating a template for transition to sustainable practices for a major importer of hospitality furnishings. Mahood is the VP, Sustainable Hospitality, NEWH, and a member of the NEWH Sustainable Hospitality committee. He is also a founding board member, and chair of the standards committee, of the Sustainable Furnishings council, an organization noted for its efforts in creating sustainable product and services platforms for the home furnishings industry. Mahood has been a consultant for SENADA, an Indonesian competitive development organization, to offer Sustainable 101 training to ten home accessory and home furnishings producers located in Yogyakarta, Indonesia. He has twenty-four years of experience in the furniture industry, and has gained valuable knowledge of the manufacturing operations of domestic (u.S. based) wood producers prior to the creation of his own company and of Indonesian product suppliers as of 2007 and 2008. 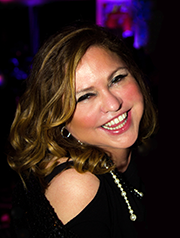 Deborah joined NEWH in 1986. She has served in numerous positions on the Los Angeles Founding and New York chapters including Secretary, Director/Programming and Director/Fundraising. She then helped form the NEWH South Florida chapter. She has served as Director/Membership, participated on the Sustainable Hospitality Committee and currently serves as NEWH Ambassador of the NEWH, Inc. Board of Directors.