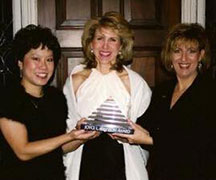 1999 – Lynda Welte, President, bestowed, for the first time ever given by the chapter, and at the first award of scholarships by the DC chapter to deserving leaders, the Joyce L. Johnson Excellence award. The recipients proved to advance the cause of NEWH within our chapter and industry. They are Barbara Azzinaro and Dixie Eng (who went on to win NEWH Woman of the Year award in 2000). 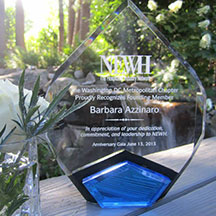 2013 – David Tracz, President, presented Carol Ranno and Lynda Welte a recognition award called The Angel Award, for their service to the chapter and for their to support to him during his term as president at the chapters; Anniversary Gala held June 13, 2013. 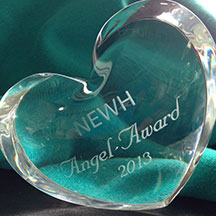 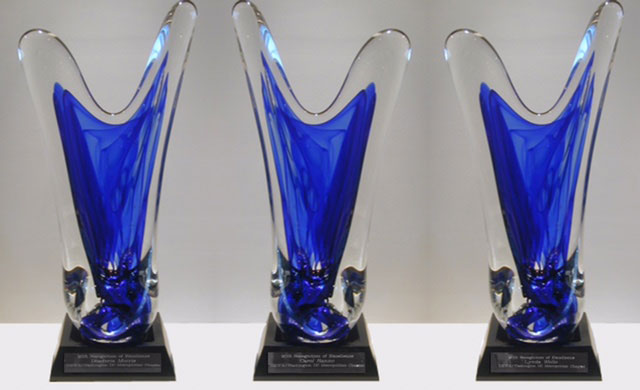