Thank you to those who contributed to the scholarship fund honoring Kristin:

Jan Braden
All About Foliage llc 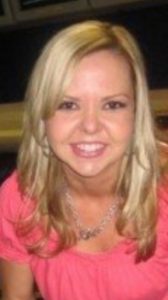 Kristin’s parents lost their precious daughter unexpectedly on October 16th. She was born Kristin Marie Harris on September 12, 1978 in Phoenix, Arizona where she attended Saguaro Ranch Elementary School. In 1990 Kristin moved with her family to Maple Grove, MN and went to Maple Grove Junior High. From there she attended Osseo Senior High where she was on the cheer squad and developed deep friendships that have lasted still to this day. In 1996 she graduated with honors as a National Honor Society recipient. In 2000 she graduated with the high honors from University of Wisconsin-Stout with a degree in Apparel Design and Merchandising. While at Wisconsin-Stout she was awarded many scholarships including a semester of study at American University in London. Kristin cherished her many friends (too many to mention) from these early days and remained in touch with many throughout her lifetime. Her world centered on these dearest of friendships.

After working two years at Dayton’s, in downtown Minneapolis, Kristin ventured to San Diego to start her career. Her love of San Diego evolved from many family vacations to that area. She was hired by Justin David Textiles where she worked for 10 years as a highly valued team member and became well-known in the hospitality-textile industry. In 2008, Kristin returned to Phoenix to be near her family and steadily assumed a variety of positions in the hospitality and textile field growing her expertise. Most recently, Kristin became a successful sales representative for several well-known commercial product lines and traveled across the country establishing close relationships with coworkers and clients. Through her travels Kristin came so close to achieving her goal of setting foot in all 50 states with only a handful to go.

Since 2006 Kristin has been a passionate member of the NEWH hospitality industry network participating in many fund-raising community activities while furthering education for young adults. As a side endeavor Kristin was affectionately known as the “Textile-Tagger”. Much of her “yarn bombing” artwork including paintings have been displayed and commissioned throughout Phoenix, Tempe, Scottsdale, Tucson and even cities in other states.

Kristin is survived by Patrick and Kathleen Harris her loving parents, Bryan Harris a wonderful brother to her, Maren Mueller a dear caring friend, Kelley Hogan her Aunt who adored her, and Uncles Michael and Casey Harris. Kristin was a very special, caring person loved by all and will be sorely missed. Her family and friends love her so very much and are grateful for the wonderful years we had with her. Special thanks to the Phoenix Police and Fire Departments and St Joseph Hospital Emergency Medical Team for their tremendous efforts.