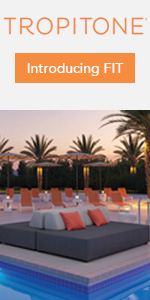 June Eleanor Darnall is the mother of NEWH’s dear friend and supporter, Deborah Herman.June Eleanor Darnell, 77, of Independence, MO, passed away on Monday, April 21st, 2014. June was born in Kansas City on December 17, 1936 and graduated from Westport High School. June knew the value of a hard day’s work. She worked for 40 years at AT&T, Western Electric, boasting perfect attendance record (and never late) for an astounding 27 years of that.

A beloved member of the community, giving was at the core of June’s character. She loved to be involved with anything that could help people, and dedicated much of her life to volunteer work, feeding the homeless, and giving to several charitable organizations. She was a member of the Rotary Club, an officer in the Democratic Club, and active in the Church of Jesus Christ of Latter Day Saints.

June was a familiar face in the early days of NEWH in Los Angeles, where her smiling face, always the life of the party, could be found alongside Sally Miller welcoming members to meetings.

Donations in June’s name can be made to NEWH, PO Box 322, Shawano, Wisconsin 54166 or click here to donate online. This scholarship will benefit NEWH’s mission of education and scholarship.

NEWH extends our deepest sympathies to Deborah’s family and friends.