Contribute to the Kevin Woodard Scholarship.
Scholarship to be presented by the NEWH/Atlanta Chapter.

Kevin Woodard was a bright light that touched the lives of so many people, and he will be missed so dearly. Kevin was widely known for his infectious laugh, genuine smile, thoughtfulness, and true heart of gold. He had the gift of knowing how to make people feel special – with a warm hello, a kind gesture, or his willingness to help out. Kevin made friends everywhere he went.

Kevin shared these gifts with so many in the Atlanta design community and beyond, as his design career spanned thirty-five years. Before joining InterContinental Hotels Group, Kevin worked for two prominent Atlanta design firms: Ferry Hayes & Allen and Image Design. During this time he led country club and luxury golf resort design projects. Kevin was known for his skill in the areas of construction documents and the beautiful millwork drawings that he did exclusively by hand. In 2000, Kevin joined InterContinental Hotels Group. During his 20-year tenure at IHG, he played an instrumental role in the rapid growth of the Staybridge Suites and Candlewood Suites brands through the development of new interiors packages that were created in partnership with students from the Savannah College of Art and Design. During the time he spent working on these great brands, Kevin built strong and lasting relationships with his cross-functional partners, as well as the franchisees that he supported. Kevin was an active member of IHG’s Out & Open Community where he participated in Atlanta Pride events or was seen cheering his IHG colleagues from the sidelines.

If you knew Kevin, you know that he loved to have “F.U.N.” When some dear industry colleagues found themselves in need of a name for a beautiful new red carpet yarn for their collection, they found inspiration through Kevin and named the pom F.U.N. Kevin filled so many lives with F.U.N. He loved to travel with his family and friends, and everyone would agree that Kevin made any trip, near or far, something truly special. Not only did they travel the United States from coast-to-coast, but also around the globe: Argentina, Australia & New Zealand, Botswana, Egypt, France, Hungary, South Africa, Turkey, Italy, Israel, Scotland, Tasmania, and Zimbabwe (just to name a few of the twenty-six countries visited). He was a fitness enthusiast, tennis lover (he was a city champ!), foodie, and loved spending time at the lake. Kevin was famous for his “White Lighting Chili” and delicious slow cooked brisket that he generously shared whenever a friend was in need.

We will never know how many lives Kevin impacted. We just know that he never met a stranger and was a friend to all. 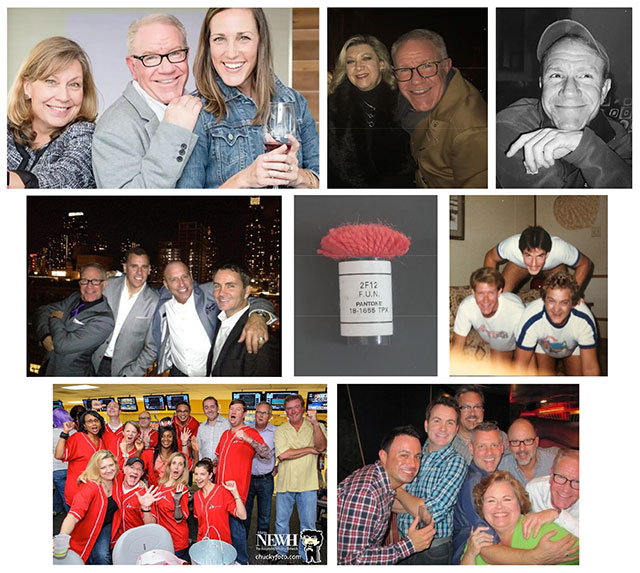