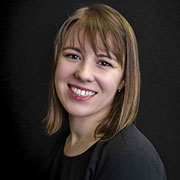 Courtney graduated from the University of Memphis in 2006 and earned her NCIDQ in 2008. Her Interior Design career began at LRK Architects, working primarily on commercial and healthcare projects. In 2009, she joined Officescapes where she served as Design Director for the Authorized Haworth Dealer in Memphis. She has volunteered in various positions on the IIDA Memphis City Center Committee over the years. In 2016, she decided to make the leap into the Hospitality Industry by joining the Design Review team at the Hilton Headquarters in Memphis, TN. She is thrilled to be serving on the NEWH Memphis/MidSouth Steering Committee and looks forward to seeing the Regional Group grow & thrive over the next few years.