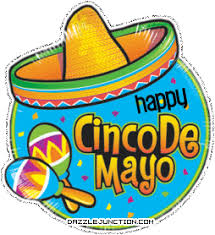 What is Cinco de Mayo?

There are plenty of misconceptions about the May 5 holiday. Is it Mexican Independence Day? Is it celebrated in Mexico at all or is it just a U.S. holiday?

It turns out that Cinco de Mayo commemorates the day in 1862 when the Mexican army, under the leadership of General Ignacio Zaragoza, conquered the French forces of Napoleon III at the Battle of Puebla. The victory provided a significant morale boost to the Mexican people and came to serve as a symbol of the country’s spirit and perseverance.

The Battle of Puebla pitted 2,000 Mexican troops against 6,000 French. At the end of the day, almost 500 French soldiers were killed while Mexican forces lost less than 100 men. The French retreated though it would take six more years – and more battles – to convince the French to exit Mexico.

Cinco de Mayo – which literally translates to “May 5” – is not Mexican Independence Day, which is celebrated on Sept. 16, and marks the start of the war of Mexican independence from Spain.

In the U.S., Cinco de Mayo celebrations were first held in California in the 1860s, marked among the hundreds of Mexican miners who had crossed the border to work in the west. The celebration spread as Hispanic culture grew in the U.S., getting a commercial boost in the 1980s when restaurants and bars began cashing in on the event.

Cinco de Mayo is not a national holiday in Mexico, though many schools close and a larger celebration is held in the State of Puebla, where the battle took place.

Some of the largest celebrations in the U.S. are held in Los Angeles and in towns throughout the west. The day is commemorated with celebrations of Mexican cuisine, culture and music.